In September 2017, a new suspended cycle bridge was inaugurated in Luxembourg City. The cycle path is suspended underneath the famous Pont Adolphe which too only recently reopened after 3 years of renovations – as long as it took to build the bridge in the early 1900s. The new suspension bridge is also open to pedestrians.

The bridge is suspended with tie rods and stainless steel cables mesh provides security while retaining unobstructed and spectacular views when crossing over the Pétrusse valley in this unique way. 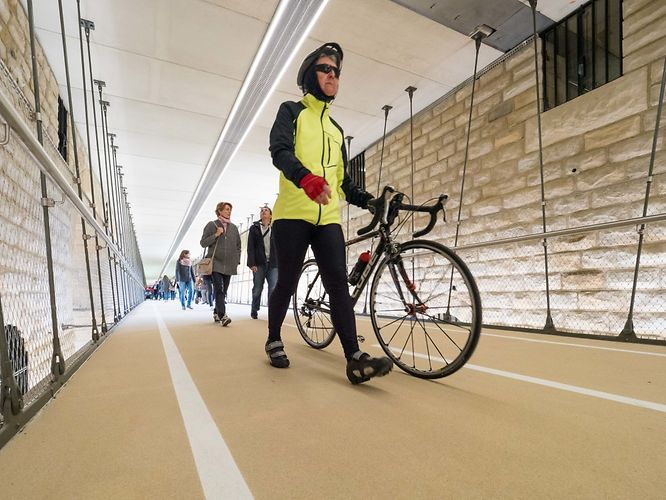 “It is the first footbridge in the world that is suspended in this way under an existing bridge and under a historic bridge! It was a challenge to achieve this by respecting the historical character of Pont Adolphe and by giving it a very spectacular new element,” said François Bausch, Minister of Sustainable Development and Infrastructure.

The Pont Adolphe was designed by Paul Séjourné, a Frenchman, and Albert Rodange, a Luxembourger. The first stone block was laid in 1900 and the roadway was constructed of reinforced concrete, a material that had then only recently come into use. At 84.65 m, the central arch span was to be the largest stone arch in existence. 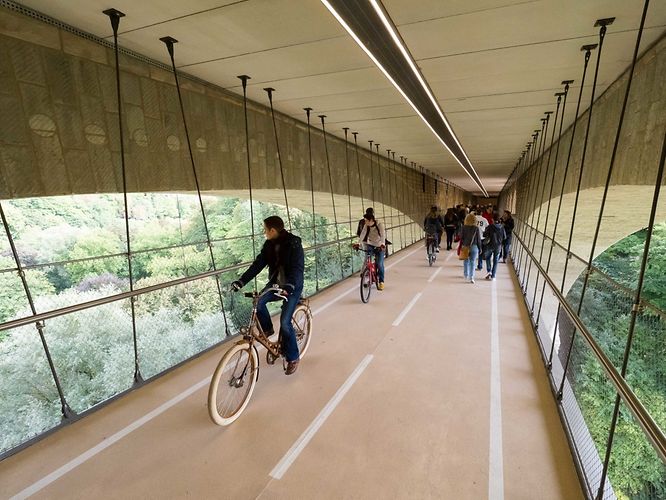