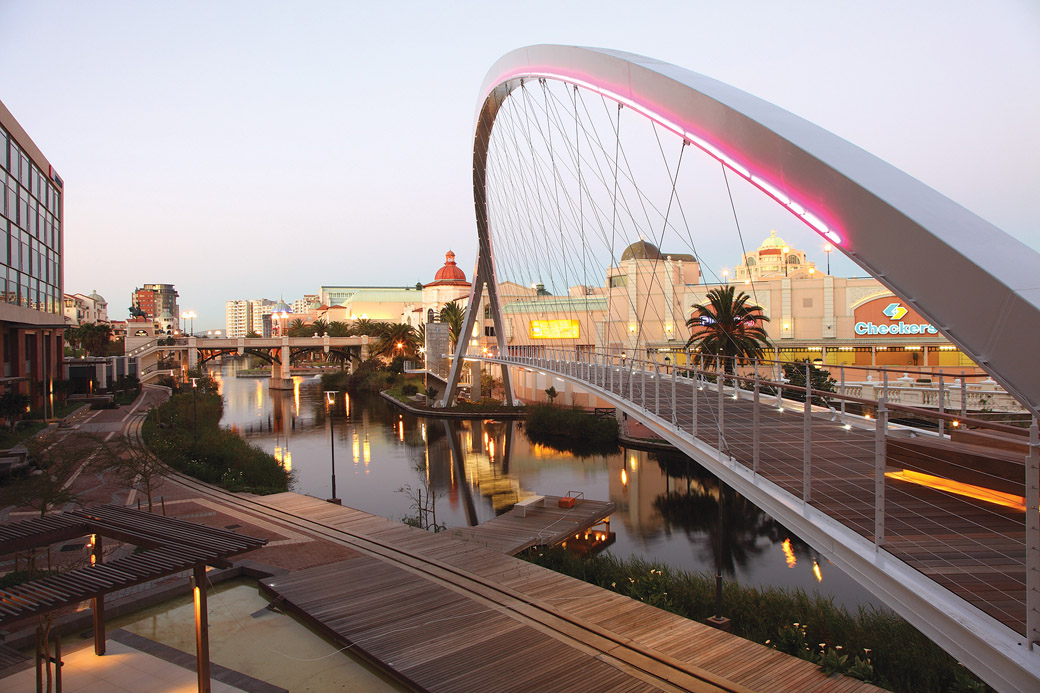 Located in the heart of the Century City urban hub in Cape Town and a stone throw away from Africa’s leading retail mall, lies the exquisite Crystal Towers Hotel & Spa
The role of Crystal Towers Bridge is the generation of a new primary pedestrian link through Crystal Towers and was seen as a critical factor in connecting two major urban targets: a future planned urban precinct on one-side, and the large amenity of the Canal Walk on the other. The directional flow of the bridge toward the current Virgin Active was vital, especially considering the impending new IRT station on Century Boulevard.
The design of the bridge consists of two arches; one being the walkway of the bridge and the second being a towering archway over the walkway in the opposite direction. The bridge is 85m in length, with an effective clear structural span of 76m.
Tensile Cables extensive knowledge in cable systems allowed them to fulfil two important roles for the cable systems on the bridge. Firstly, Tensile Cables supplied and fitted the 13mm diamond mesh hanger support cables, used to support the two arch ways of the bridge, as well as supplying and installing the balustrade cables. Secondly we provided a support platform with regards to structural advice on the use and characteristics of cables in a structural application.
There were a few speed bumps along the way that made the Crystal Tower Bridge challenging, such as a tight timeline, the rigid bridge design and very specific infrastructure for the cable systems to attach to. However, the biggest challenge of all would be the unpredictable movement of the arch and walkway, as this made it difficult to accurately measure the length of the cable. Difficult however not impossible, as Tensile Cables proudly completed the project in November 2010. 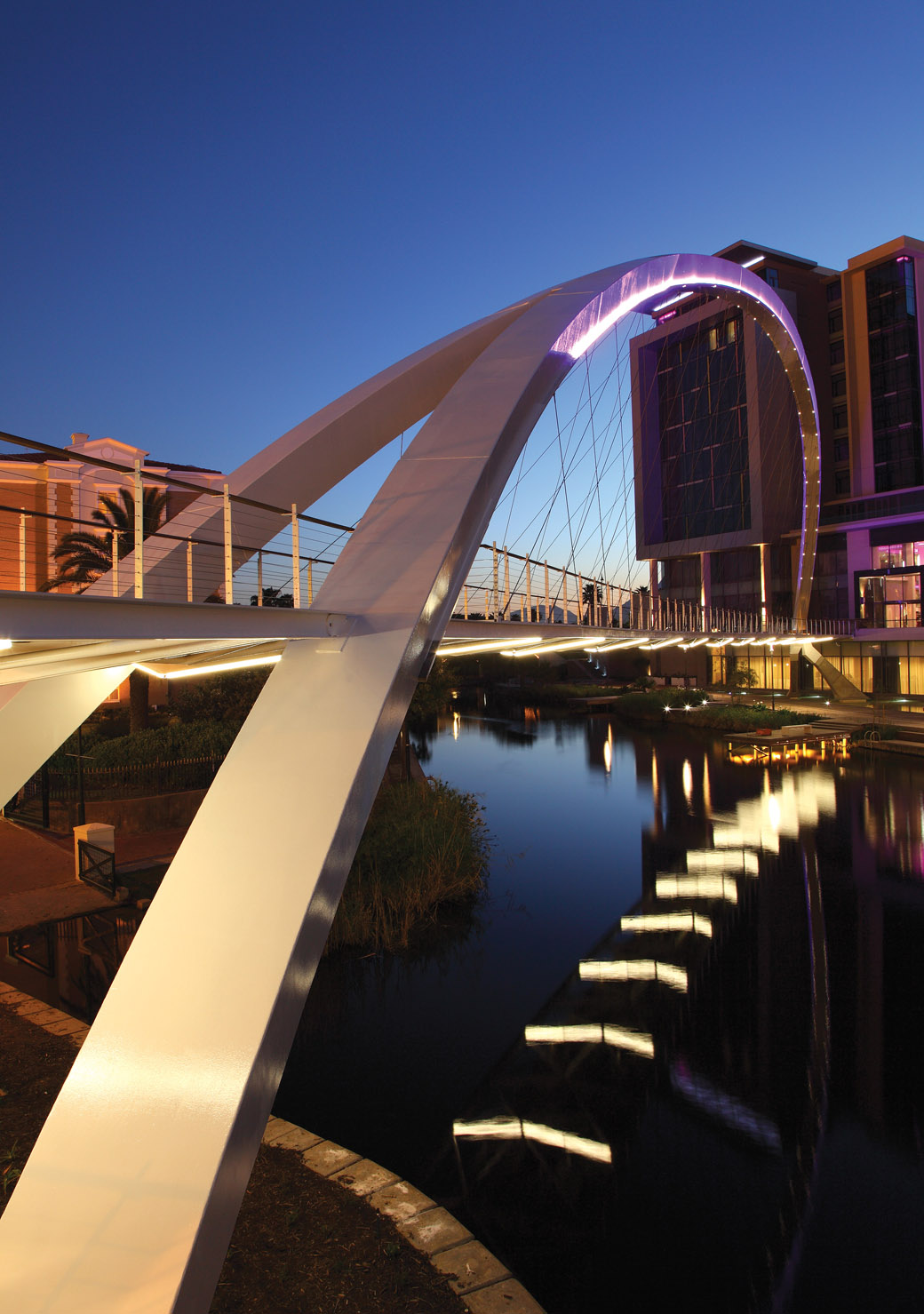