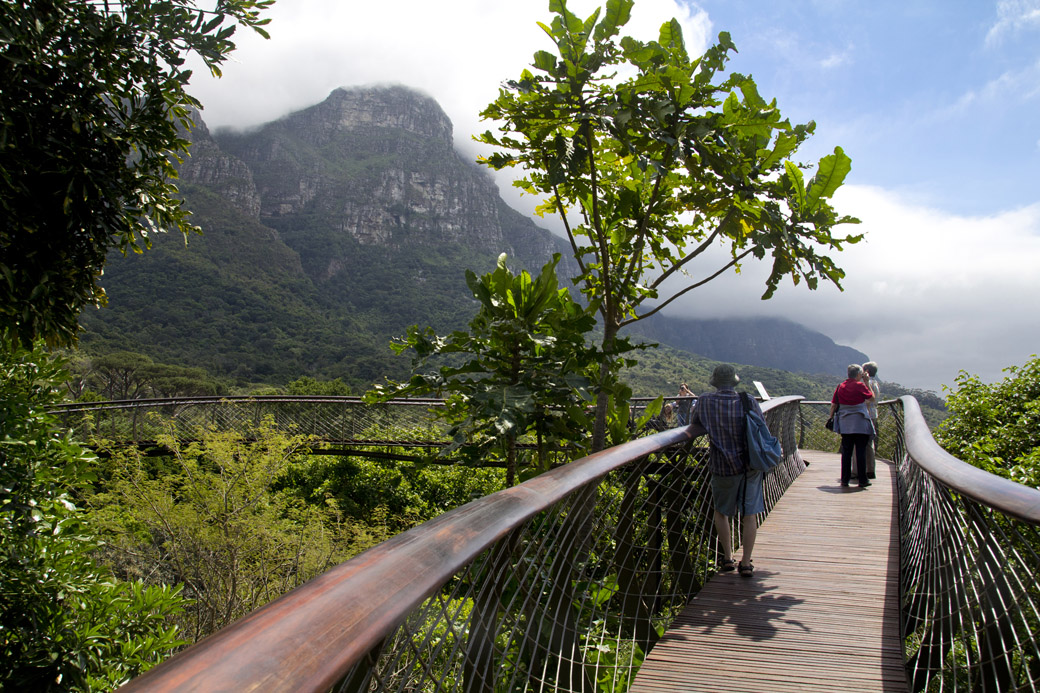 Commemorating Kirstenbosch Botanical Gardens’ centenary year was the aptly named ‘Boomslang’ Treetop Canopy Walkway which opened to the public in May 2016. Situated in the Arboretum or Enchanted Forest, the walkway attracts visitors to a special and relatively unknown part of the gardens.
The design brief for the project was to provide a non-intrusive and educational walk into, through and over an existing forest. Consulting Structural & Civil Engineers on the project were Henry Fagan & Partners in collaboration with Mark Thomas Architects and contractors Slingsby & Gaidien.
The walkway winds and dips for 130m through the trees, taking visitors down to the forest floor in two places as well as bursting through the canopy, giving you an impression of what it is like to be above the forest. One can experience tree dynamics – how the treetops move in the wind and how the crowns of the trees interact with one another. The movement, although exciting for most, caused some concern in others. After assessing the public’s perception, it was decided to reduce the movement using bracing cables supplied by Tensile Cables.
The walkway itself is a horse-shoe shape, with either end bolted to a concrete abutment. The cable stays are not required for structural purposes and won’t entirely eliminate the movement so that all who use it can enjoy it.
While solid rods were considered in the original design of the bridge, cables were eventually chosen since they could be added more easily and economically in stainless steel, with turnbuckles for tightening to the correct pretension force.
The initial idea of ribs and a spine developed for structural reasons, to allow a design that was as compact and low impact as possible in the untouched setting. Its resemblance to a snake-skeleton and adopted name only came later. 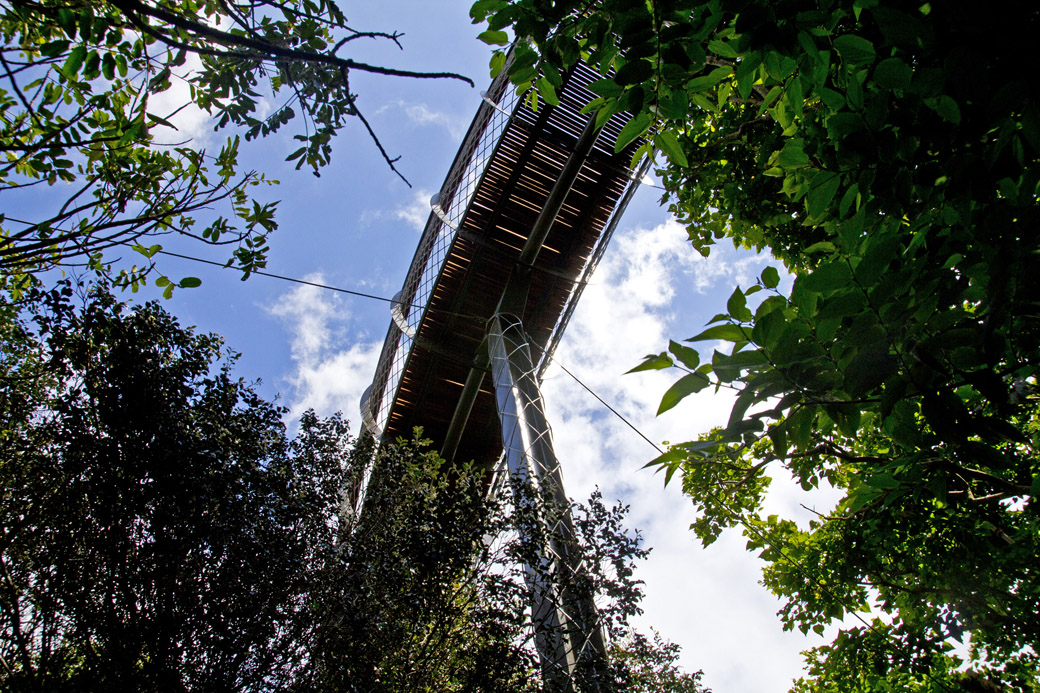 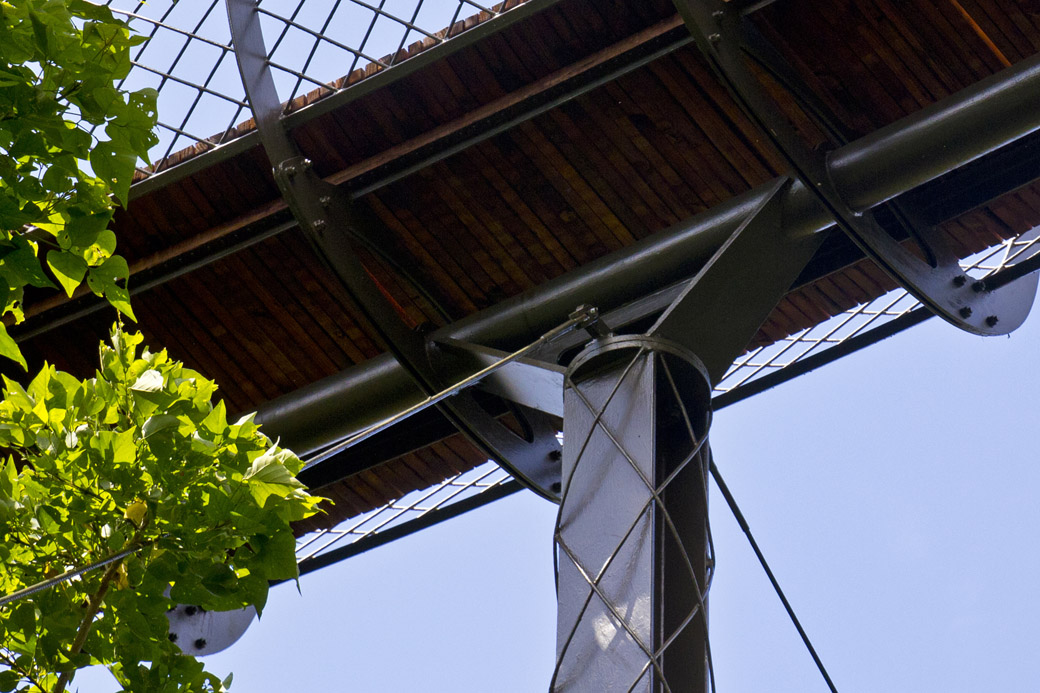