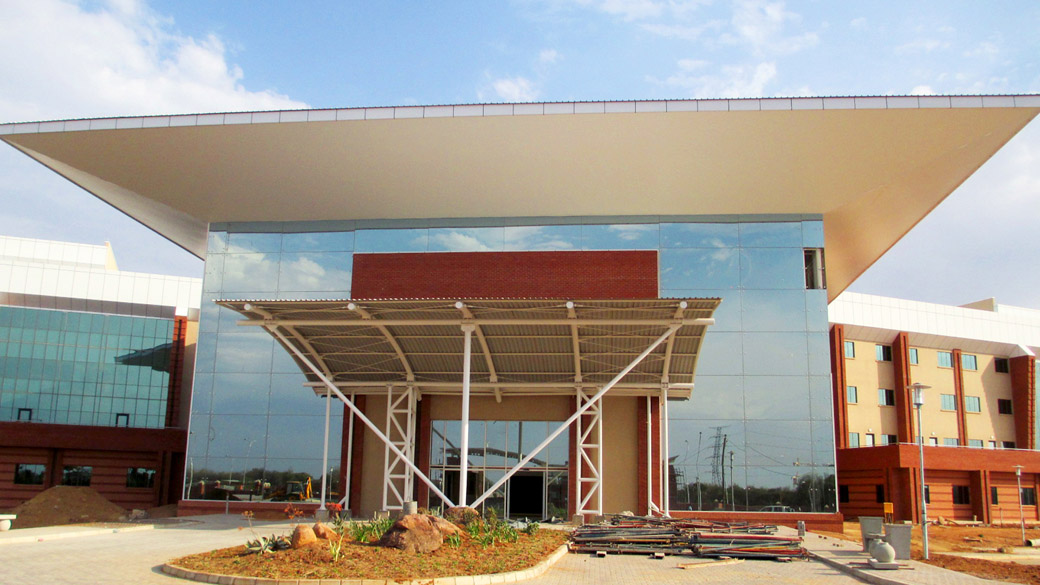 THE UNIVERSITY OF BOTSWANA ACADEMIC HOSPITAL

Our sister company, Tension Structures, was approached by contractors, the Zhengtai Group, to design, manufacture and install a 1400m2 fabric structure at the University of Botswana’s new Academic Hospital.
Tensile Cables was then approached to manufacture and supply high strength rods for wind bracing for a steel structure at Block G and a canopy structure at the North Entrance to the hospital as well as for a canopy structure at the Trauma Unit.
Due to a strict deadline, solid steel tie rods were used on site with rods and end forks to resist loads of 90kN at two sites, and 165kN at the other.
Usually cables would be used instead of rods to allow for tensioning and variety in length. However, allowance for the specific load requirements would have demanded a longer lead time. Tensile Cables was able to design and manufacture the rod system in a matter of weeks to the clients’ desired length, to allow for tensioning and to meet the deadline.
The University of Botswana was established in 1982 at the first institution of higher education in Botswana. It was originally part of the UBBS (the University of Bechuanaland (Botswana), Basotoland (Lesotho), and Swaziland) to reduce the reliance of these countries on tertiary education systems during apartheid South Africa. It is the oldest institution of higher education in the country.
Upgrading and expansion of the university has been ever present with a number of physical planning projects set between 2008 and 2014. The distinct differences in architecture between the old and new buildings are testament to the country’s recent economic growth. 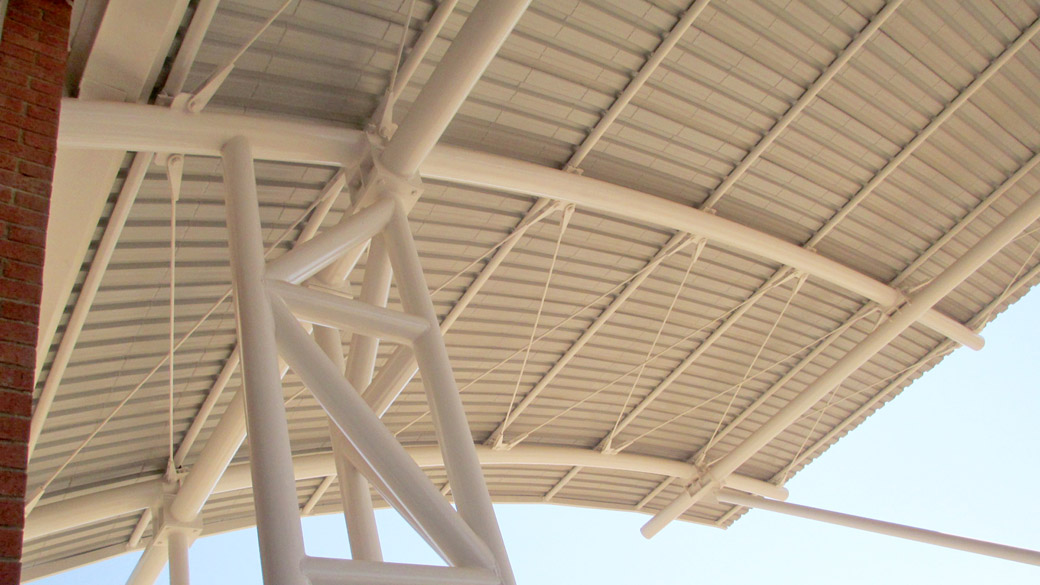 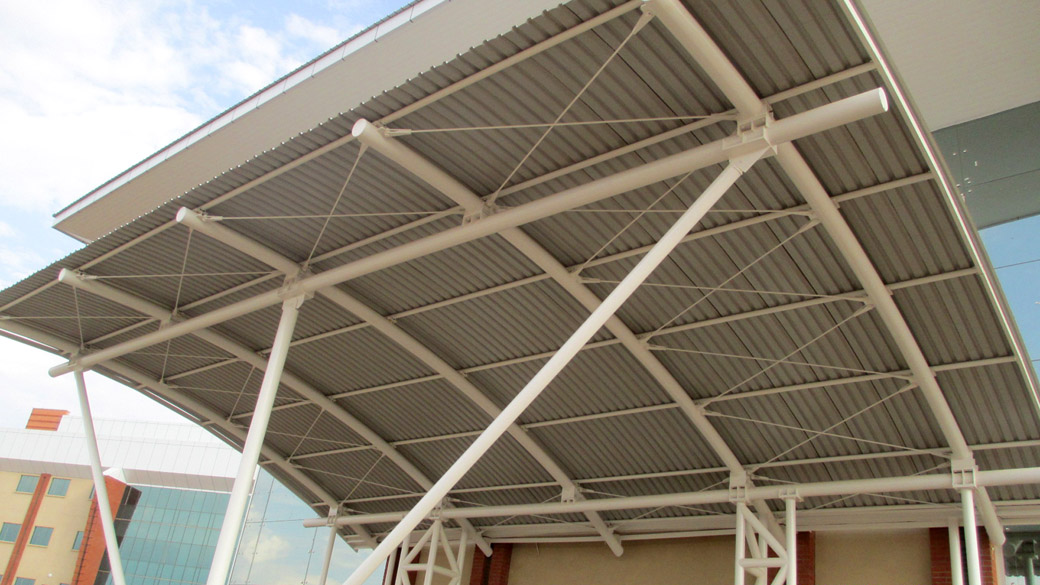